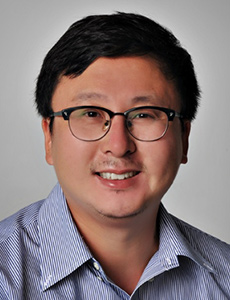 Kisung Kim, MD, received his Doctorate of Medicine from the School of Medicine at Sungkyunkwan University in Seoul, South Korea in 2010. That same year, he also received the Chairman of the Korean Medical Association’s Award for Distinguished Graduation Record at Sungkyunkwan University. Dr. Kim also has a Bachelor’s of Science in Engineering from Seoul National University.
Dr. Kim worked as a physician in South Korea from 2010 to 2013. In 2013, he relocated to Brooklyn, New York, where he completed his Pediatric Residency at SUNY Downstate Medical Center and Kings County Hospital. Dr. Kim joined Lassen Medical Clinic in 2016.

In addition to his work in medicine, Dr. Kim has also volunteered with Gwacheon Social Welfare Center, and Kkotdongnae Shelter for the Homeless in South Korea. He is fluent in both Korean and English.